The Container Series at Boxyard RTP 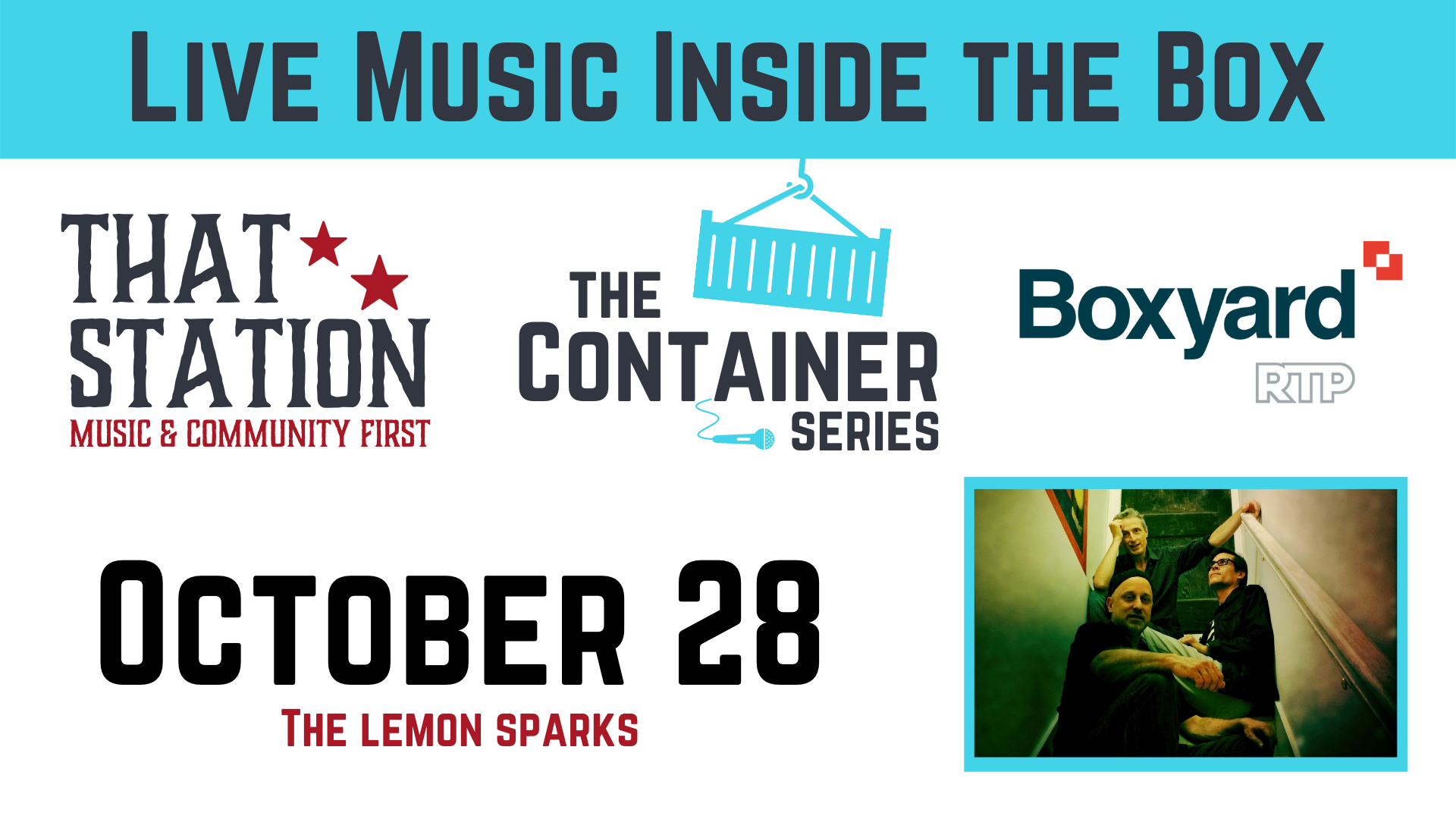 We’re excited to announce our newest partnership – The Container Series at Boxyard RTP!

Join us each month for FREE live music, good eats, & cold beverages amongst the shipping containers at Boxyard RTP.

Join us Thursday, October 28th for The Lemon Sparks! Check out their music below, and get ready for….

LIVE MUSIC FROM INSIDE THE BOX.

ABOUT THE LEMON SPARKS

Initially intended as a DIY recording project, the self-titled debut quickly morphed into a duo record with a variety of guest spots scattered throughout. The addition of a third member allowed the band to move forward with live performances and the album’s release. The trio is currently working on their next album.